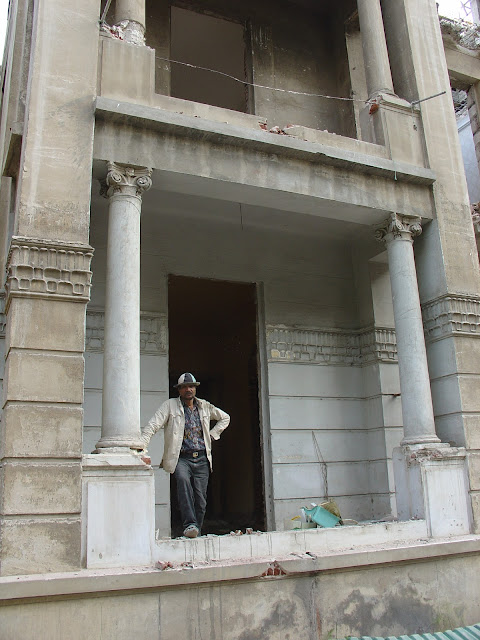 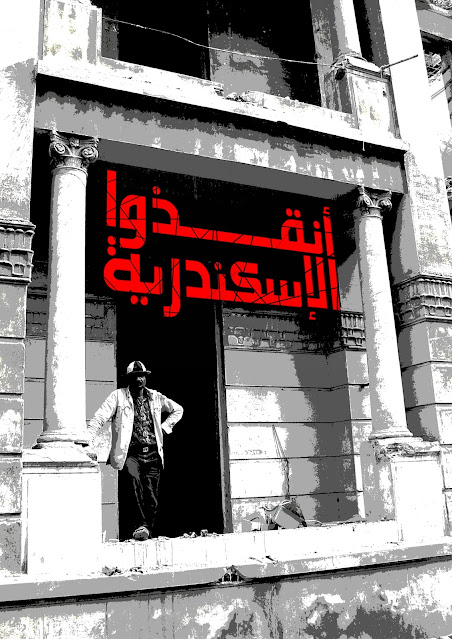 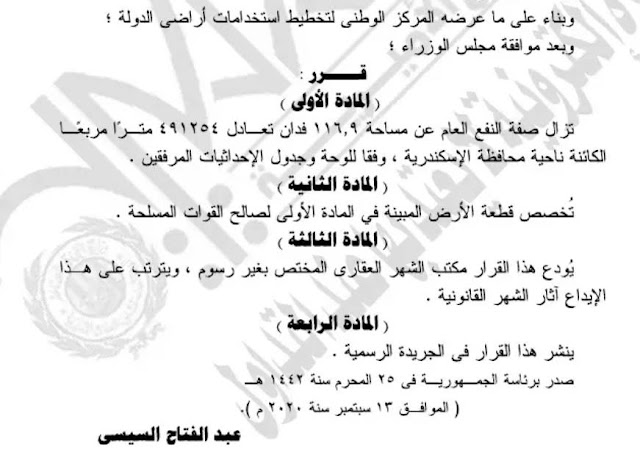 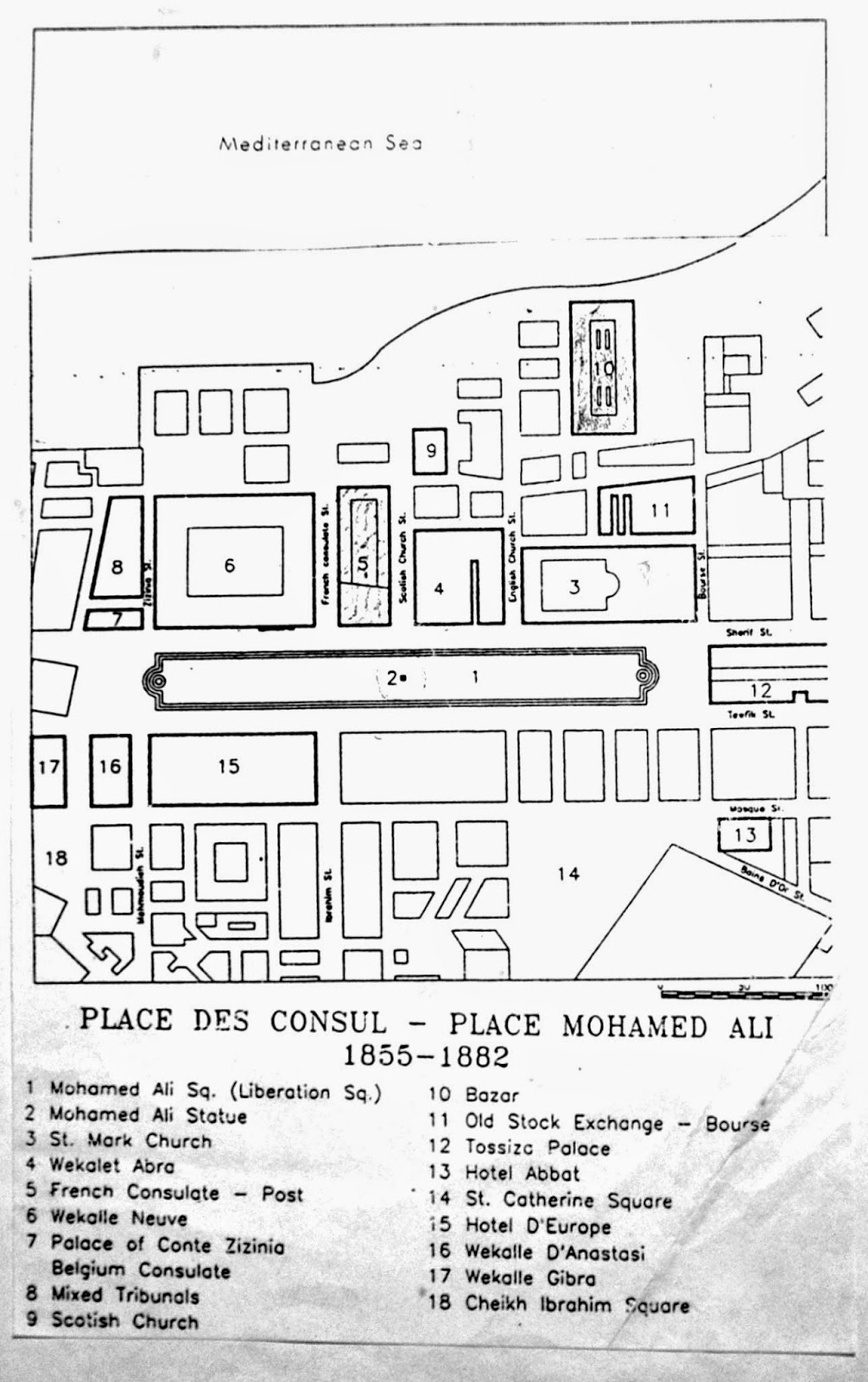 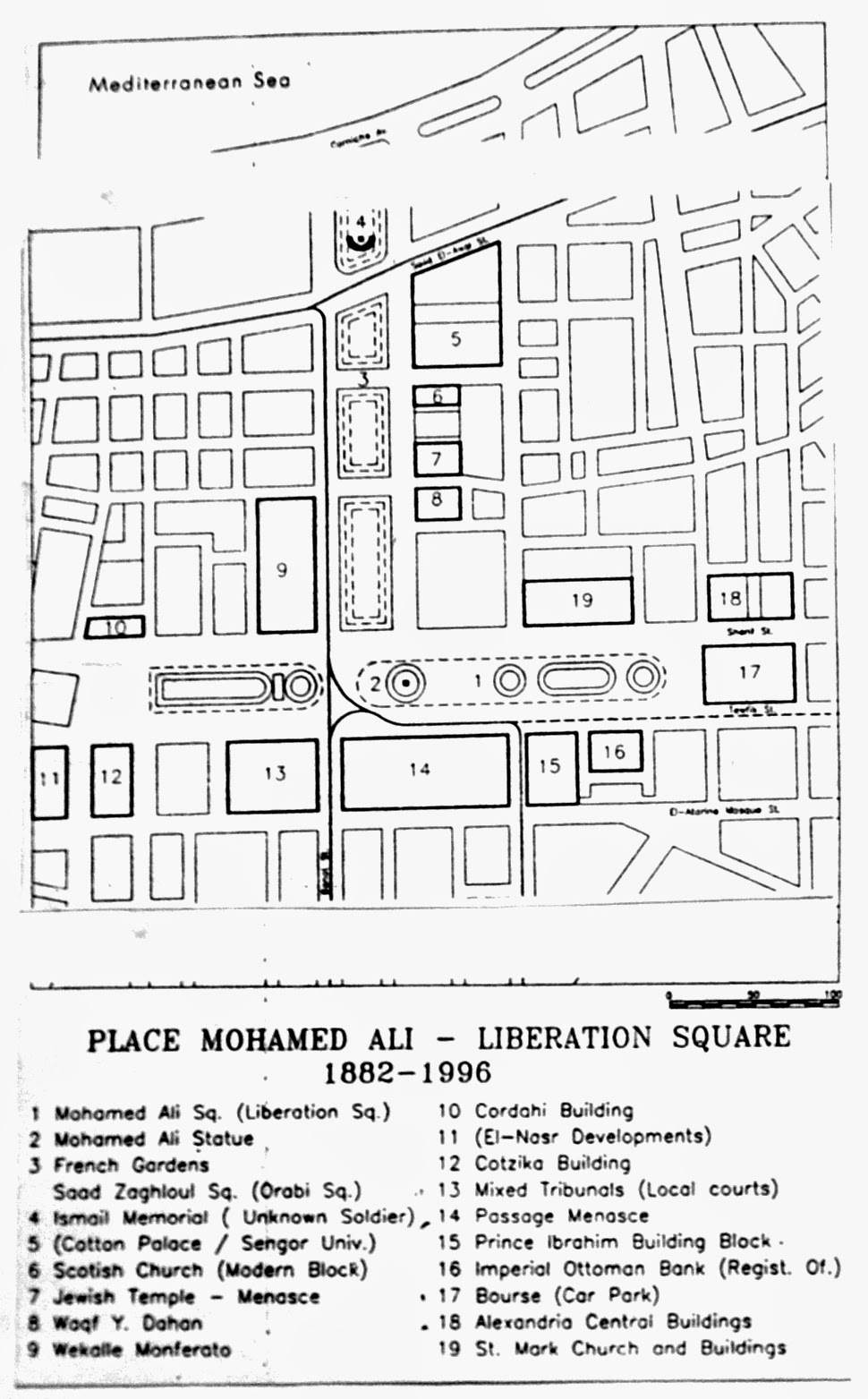 This article was originally published in 1996 in the bilingual 'Alexandrie en Égypte,' a special issue of the French periodical Méditerranéennes. This issue was edited by Kenneth Brown and Hannah Davis Taieb in addition to the Egyptian novelist Edwar al-Kharrat and the late Adel Abou Zahra.

All thanks to Dr. Mohamed Awad for granting permission to republish the article and its translation in Gudran Medina Mot'aba. 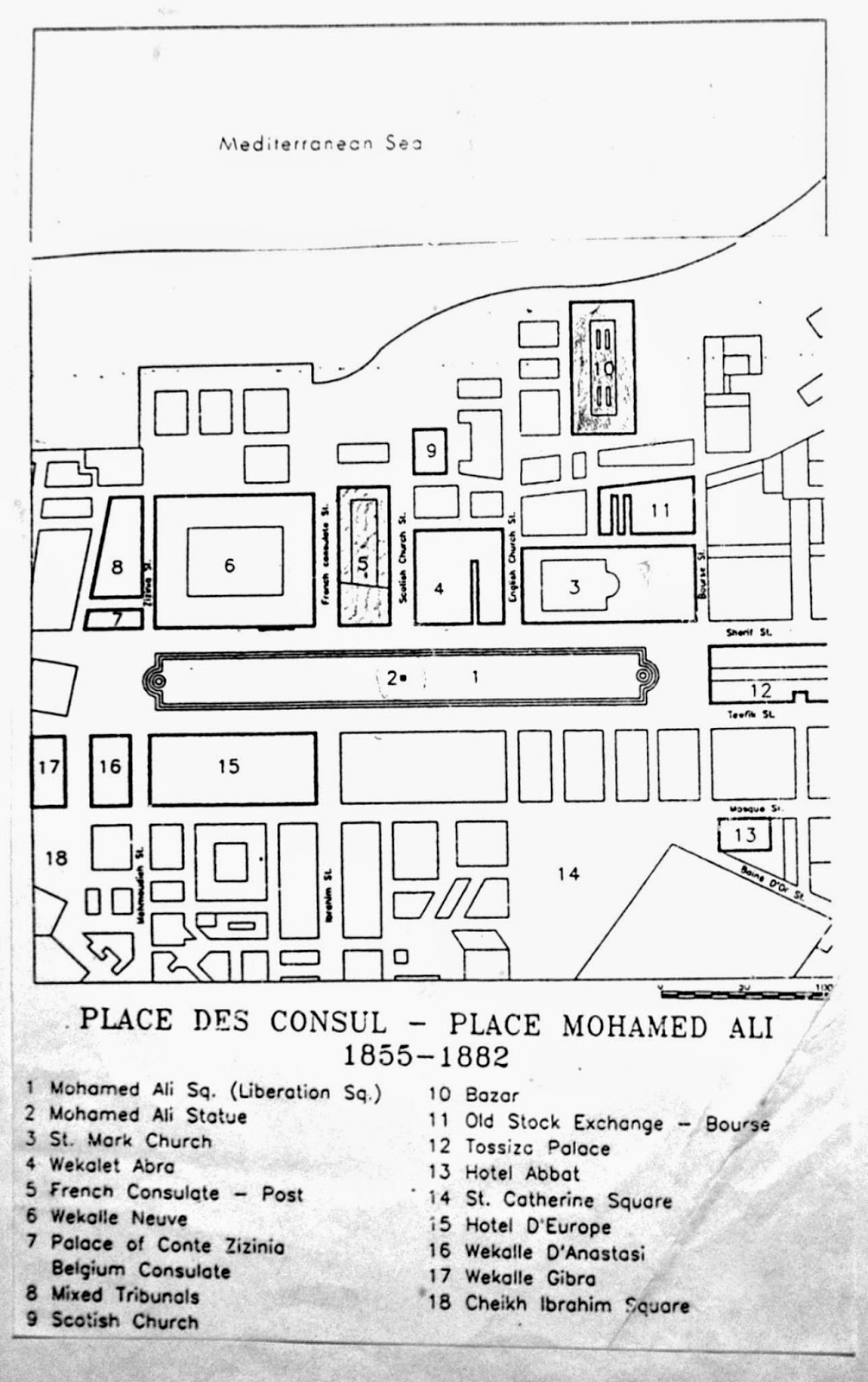 The square initially had a short new Alabaster obelisk located at its centre. This aroused much sarcasm in a country where authentic obelisks are in abundance. It also had a fountain at one end.
In 1857 Barthelemy Saint Hilaire noted that "Alexandria is a half-European city, whose Grand Place is equivalent to those of the principal cities of France." Other observers of the period differed, for example, Poitou, who in 1859 described the nude square "with not one tree to warm its cold regularity." The hybrid character of the square is described by Theophile Gautier: "Despite the imperfect European forms, we still may feel we are in Africa." Lottin de Laval, however, affirms that the city had lost its picturesque oriental physiognomies, but he praises the local gains due to Mohamed Ali's reform programs and innovation.
Early wealth on the Place Des Consuls is attached to new Greek fortunes, and to friends and close business associates of the Wali. The palace of M. Tossiza (the Greek Consul) designed by Mancini stood majestically on the prime eastern location of the square. Another was the elegant Palais of Count Zizinia, Belgium's acting Consul. The place was dominated by commercial and business activities: numerous large wakalas, such as Gibra, D' Anastasi, and Neuve, had ground floors reserved for all kinds of commercial enterprises and public services. Murray's Guide mentions David Robertson and Co. Booksellers, Rocheman Jewellers, Boret the hairdresser, photographers such as Fiorillo and general outfitters like Cordier. There were also numerous cafés, restaurants and hotels. Prince Omar Tousoun in his memoirs of "Alexandrie en 1868," noted the most glamorous Le Café de France N°27 and the reputed Hotel d' Europe which even had a hammam (admission 2 Fr). Other business located on the square included insurance companies such as Peel & Co., the Lebon Gas Co., the Italian postal services and banks such as the Anglo-Egyptian Bank. The upper floors were usually reserved for residential and office use.
The most noted building on the square was the French Consulate, which included the French postal service. Its gardens were open to the public on weekends and for special occasions, as were those of the Anglican church of Saint Mark, the only religious building privileged with a location on the square. Its land was donated by Mohamed Ali in 1839; he had made similar gestures to other religious congregations encouraging them to build impressive edifices. Grouped near the place were the Scottish church, the German and French Protestants, the Roman Catholic, the Greek Orthodox, the Maronite and Armenian Churches, while the Muslims were grouped around the area of the El Cheikh Ibrahim mosque. The presence of the Coptic and Jewish places of worship in proximity to historical sites affirms the multi-ethnic composition of the nascent cosmopolitan city.
The church of St. Mark was designed around 1841-42 by the visiting British architect James William Wild. It took over 9 years to complete (1845-54), probably due to lack of funds. Its plan was modeled on the Basilican tradition and its facades demonstrated Byzantine, Islamic and Judaic influences. Wild's concept was eclectically orientalised, in keeping with its time and place.
There were limited developments in terms of building activity in the Mansheyah area during the post-Mohamed Ali era, although Abbas I transformed an old fountain into a large building named after his son El Hamieyah. This building was sold after his death to the Greek Sir John Antoniadis, reportedly at a price of 50,000 L.E. In 1866 the stock exchange, La Bourse, was created with an initial capital of 24,000 L.E. The Tossiza Palace was used to house the new stock exchange, the offices of the Intendence Sanitaire and the Ornato. It also included the International Club and a public library containing about 8,000 volumes.
Khedive lsmail's "Haussmann-isation" scheme for Cairo hardly touched the already Westernised Alexandria, except for the embellishment of the Place - now known as Place Mohamed Ali, after the erection of the equestrian statue of the city's modern founder. The statue, designed by the French sculptor Jacquemart, was first exposed at the Universal Exposition of 1868. Its base of white carrara marble was designed by the French architect Ambroise Baudry (1871-1873). The erection of the statue at an extravagant cost of 2 million francs did not go down smoothly, despite the Khedive's absolute authority and rule. This was the first time that an equestrian statue had been placed in a public square of a Muslim country. Religious scholars rejected the idea, at least for some time, on the grounds that Islamic traditions oppose human figuration. The statue was put in its place only after the intervention of the enlightened Islamic theologian Sheikh Mohamed Abdou, a long-time friend and companion of the Khedive.

[It should be noted here that by the time the statue of Mohamed Ali was erected in the square, Sheikh Mohamed Abdou was still a 20-years-old student in Al-Azhar. Abdou was appointed Mufti of Egypt by Khedive Abbas Hilmi II in 1899, almost thirty years after the erection of the statue. Abdou held this position for a period of six years, during which he issued a fatwa approving the erection of human statues – The editor of Gudran Medina Mot'aba]

The era of Khedive Ismail is noted by the concessions granted to foreign service companies. The Lebon Company had introduced gas to the city, and the Place Mohamed Ali, now brightly lit at night, was in full glamour. The Cordier firm, responsible for water treatment and piping, was commissioned to plant the Place with four rows of acacia trees; a band-stand and a fountain were also added to complement its symmetrical landscape.
The troubled finances of the Egyptian treasury in the 1870s led to political and social unrest. The abdication of Khedive Ismail and the Orabi revolt culminated in anti-European riots and the tragic Alexandria massacres of June 1882 in which thousands of Egyptians and tens of Europeans were killed or wounded. The Place Mohamed Ali and its adjacent areas were the scenes of these events, which served as a pretext for the British bombardment of the city and the occupation which followed. The European quarters, including the Place Mohamed Ali, were targeted and devastated by the bombardment of 11 July 1882 and the subsequent looting and burning. Of the destroyed square, only two buildings survived, namely the stock exchange and St. Mark's church. The destruction covered a total surface of 96,709 square meters, including approximately 500 apartments in the centre of the city and a handful of villas in rue Moharem Bey.
A military tribunal was set up in front of the Tossiza Palace and speedy judgements were passed. Mansheyah was the scene of public executions and served as a graveyard for those put to death.
Following the bombardment, the Egyptian government compensated owners for the loss of their property. The amount reached 4.5 million pounds and covered 4,080 claims. There was a burst of prosperity due to the flow of such capital, and the city was quickly rebuilt.
The rapid post-1882 development was primarily a result of these compensations. Expansion in trade and a rise in the price of cotton contributed to the stabilisation of wealth among a Franco-Levantine comprador bourgeoisie composed of merchants, financiers, and land owners. The building boom between 1882 and 1914, briefly interrupted during the speculative crisis of 1906-1907 occurred in a climate of political stability, sustained economic growth and administrative reorganization.
The emerging small power group of notables, which probably never exceeded 1,000 individuals, controlled most financial activity in the city. Family names such as Aghion, Menasce, Sursock, Karam, Bustros, Suares, Rolo and Boghos Nubar, and those of a second generation of Greek fortunes – Zervoudaki, Raly, Salvago, Benaki, Choremi - appear repeatedly on the boards of banks, insurance companies, public service companies and social clubs.
These agents and bankers who had become real estate promoters were also the main shareholders of development companies which were responsible for developing a great part of Mansheyah, rue Sherif Pasha and buildings on rue Rosette.
Another essential role played by this small group, in addition to their activities in speculative development, was their creation of the autonomous Municipality of Alexandria in 1890. They sat on its Mixed Council and thus controlled the city's fate. This gave them the opportunity to further promote the European character of the city.
The post-1882 rebuilding of Place Mohamed Ali was marked by a dominant Italian influence. Among the most important buildings of the period was the grand Okale Passage Menasce (1885-1887), developed on a plot of land of approximately 15 hectares. This land, originally bought by the Baron Bohr Levi de Menasce, had been developed by the Société Anonyme des Immeubles d'Egypte (founded by the Karams, Aghion, Menasce and Suares). The Okale was then built by the Greek contractor G. Zuro according to the plans of the Italian architect Antoine Lassiac. Milanese galeria influences re-appear in the Okale Monferato by Luigi Piattoli. These commercial redevelopments together with the Primi Building designed by A. Lassiac, the main Branch of the Imperial Ottoman Bank designed by Prosper Remy, and the Bourse is the renovated Tossiza Palace, insured the continuity and future of business and commercial activity in the redeveloped urban space. Another 19th century landmark on the square was the seat of the new Mixed Tribunals designed by Alfonso Manescalco in 1886.
This late 19th century "Belle Époque" architecture is conservatively eclectic; the revivalist pro-Renaissance forms and decorations appear more formal than the freer eclecticism of the early 20th century, especially in regard to the application of pastiche in decorative mouldings. This block development creates the trend that affects the entire city centre.
The Europeanization of urban morphology was furthered with the opening out of the square to link it with the new quay development (1905); this created a new urban space - La Place des Jardins Français (1909). The Europeanized revivalist trends remain dominant despite the presence of Neo-Islamic architecture in Prince Ibrahim's palace, a weak reminder of the dual morphology of the cosmopolitan city.
A "de-gentrification" of the square began after 1882 when the elite moved their residences towards rue Rosette (Aghion, Sursock, Pini), or into the Quartier Grec (Benaki and Salvago) or Moharem Bey (Menasce, Green, and Adah). Others moved to suburban Ramleh (the Karams, Binder Nagel, Zervoudachi and Laurens). Business, including banks, took premises in the adjacent areas of Mansheyah where a new city centre was expanding round Sherif Pasha, Sesostris and Talaat Harb streets. Yet Mansheyah, because of the presence of the Stock exchange retained its importance.
The dawn of the 20th century saw few changes in Mansheyah. The important exception was the construction of the electric tramways (1897-1904). The neighboring Place des Jardins Français was enhanced by the elegant new French consulate built in 1909, designed by the French Bureau of Public Works, its construction monitored by the Alexandria-based French architect Victor Erlanger. In 1912 Erlanger also designed two blocks of residential flats for the Alexandria Central Co. on the corner of Adib and Sherif Pasha Streets near to the Bourse. French influences seem to have also inspired the graceful Wakf Yakoub Dahan (1910), designed by H. Gora Bey of the Ecole Centrale-Paris, which complemented the French garden landscape. 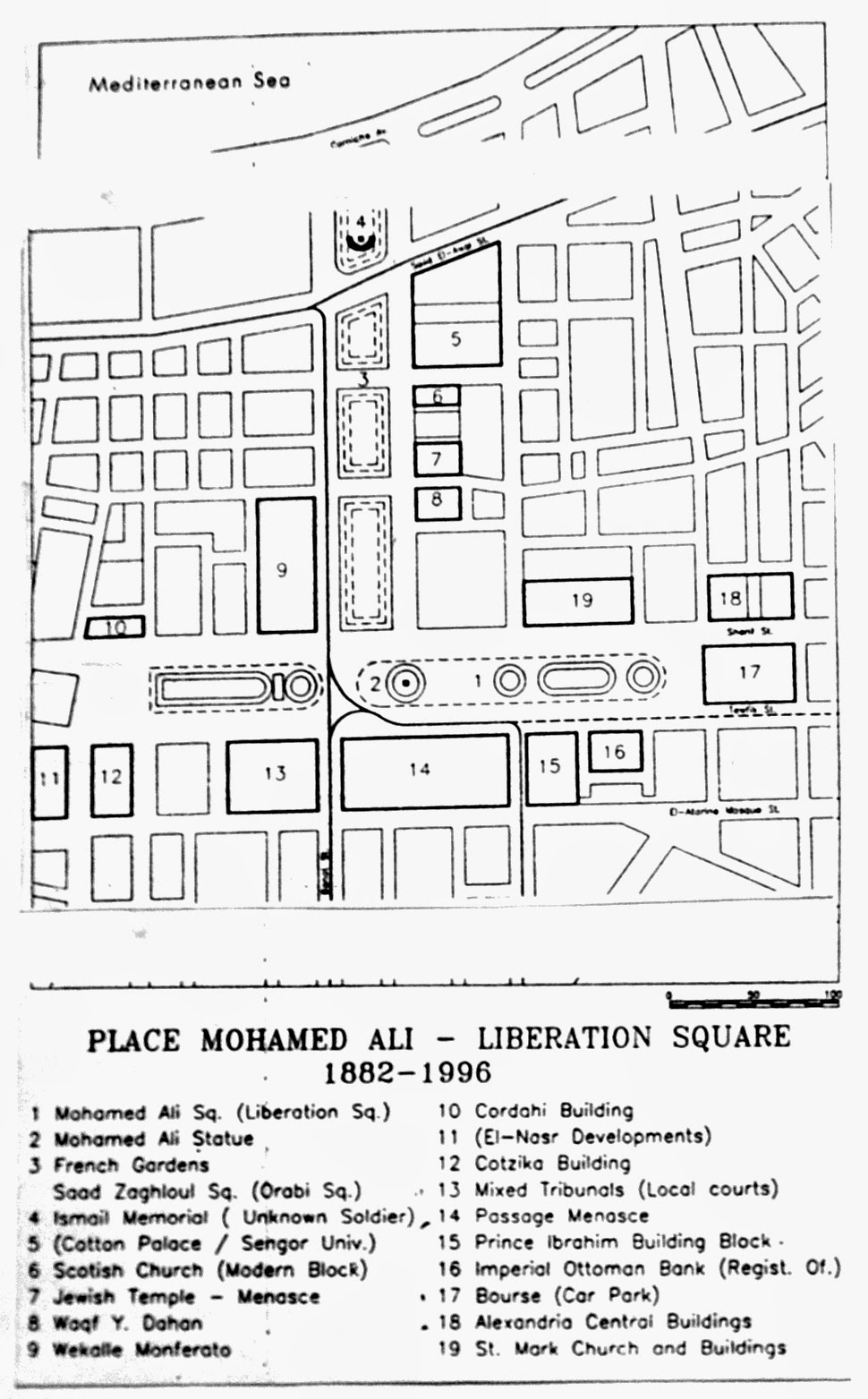